Connection with Self – Unite Challenge – Day 1

Frederick Herzberg, an American psychologist, is most famous for his Motivator-Hygiene theory which postulates empowerment, achievement and connection as the most powerful motivators in the workplace.  Jason Fladlien alluded to this theory in the opening session of the Unite Challenge on Facebook. 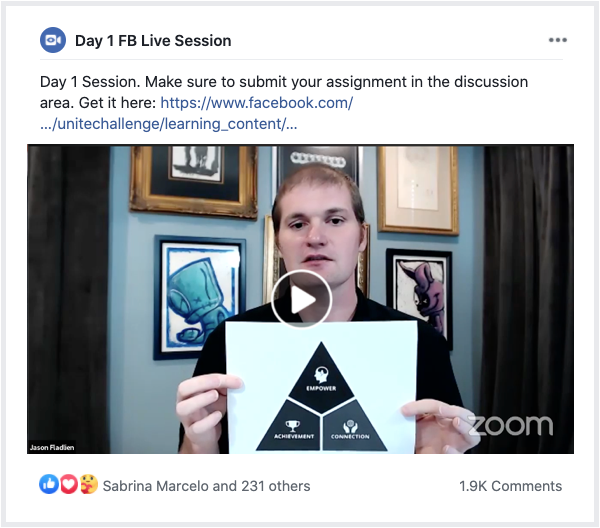 Also, people want to either move toward or run away from something.  And the strongest impulse is to “run away.”  This isn’t good, because often running from the frying pan leads into the fire.  This is often true of those with addictive behavior who run away from one addiction only to get involved in something worse.

When you give someone no other option than to succeed, failure becomes impossible – Jason Fladlien

Jason also shared a motivational feedback loop that uses automated processes and is 10 times more powerful than affirmations.  People make decisions based on commitment and consistency.  Once people make a commitment to a position, they strive to act consistently with that commitment.  The following diagram illustrates how this works. 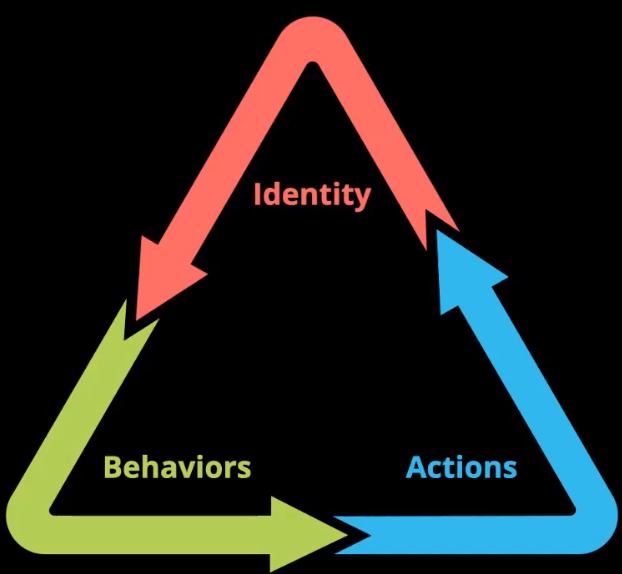 Although he grew up in a very poor family, he defined his identity as “abundance.”  He’s not even sure why or how he chose this path, but he believes it has led him to where he is today: a consistent 7-figure earner.

As part of the “challenge,” listeners were give an assignment to define their own identity.  Then drill down on their senses in order to identify when and how their identify influences their behaviors.  My first thought was for myself, that would be “I am impassioned.”  Then what activates this in my life:

Jason also shared the neuro linguistic programming (NLP) concept of anchoring (operant conditioning), as the missing ingredient between momentary and lasting success.  He advised the use of individual “triggering” activities to activate the feedback loop.  Probably most have observed famous athletes using some type of triggering to put them in the zone.  For example, Tiger Woods’ golf club twirl after a great shot.

Another famous example is Tony Robbins, who uses a “self high five,” to get in the zone.  There are many additional anchoring techniques. including fist pump, self back pat, bicep flex, stick out tounge, etc.

Day 1 of the challenge is available in the FaceBook group for a limited time.