The “good old days” of Internet marketing and the “instant” cash machine are over.  Harlan Kilstein, who started creating sites soon after Al Gore invented the Internet recalls actually receiving a refrigerator from Google.  This actually made sense at the time since he had spent $80,000 in ads the previous years.  Since that time, Google has changed the playing field for several reasons including:

The Google Panda update earlier this year resulted in many Internet marketers losing significant income.  Google’s formula depends on “Grandma” being happy with a site or search results.  What does Grandma want when she comes to a website.  Here are the questions that your website must answer:

Although some think Google’s Panda update has deprecated content farms, there are two notable exceptions to this thesis.  First, Google ‘loves” the Drudge Report, which is merely a content farm. Today Matt Drudge’s site rakes in $300 million per year and has an Alexa rank of 407.  In addition, Ariana Huffington‘s website, the Huffington Post, has an Alexa rank of 88 and was recently sold to AOL for $300 million.  The concept leading to the unbelievable success of these websites is curation.

Curators work in museums, selecting items that people most want to see.  This concept online involves picking the most profitable niches and curating content.  Mashable.com is another prime example of a curated content site as is  OntheSnow.com, which curates content for skiiers.  Bankaholic.com, which tracks the rates banks are paying and charging was built by a teenager and recently sold for $15 million.

Harlan curates content to his own blog, MeditationTechniques.co.  On a recent James Jones weekly webinar, he demonstrated taking the #1, #2, and #3 spots in Google in under 5 minutes and overtaking WebMD.com for the term “meditation techniques to overcome anxiety.”  He teaches others his technique through group and individual coaching.  Although James Jones is considered to be a highly trusted, ethical source, we advise due diligence before any product purchase. 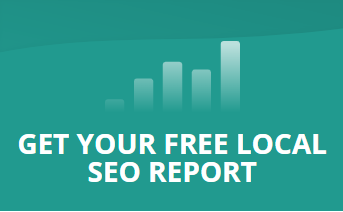