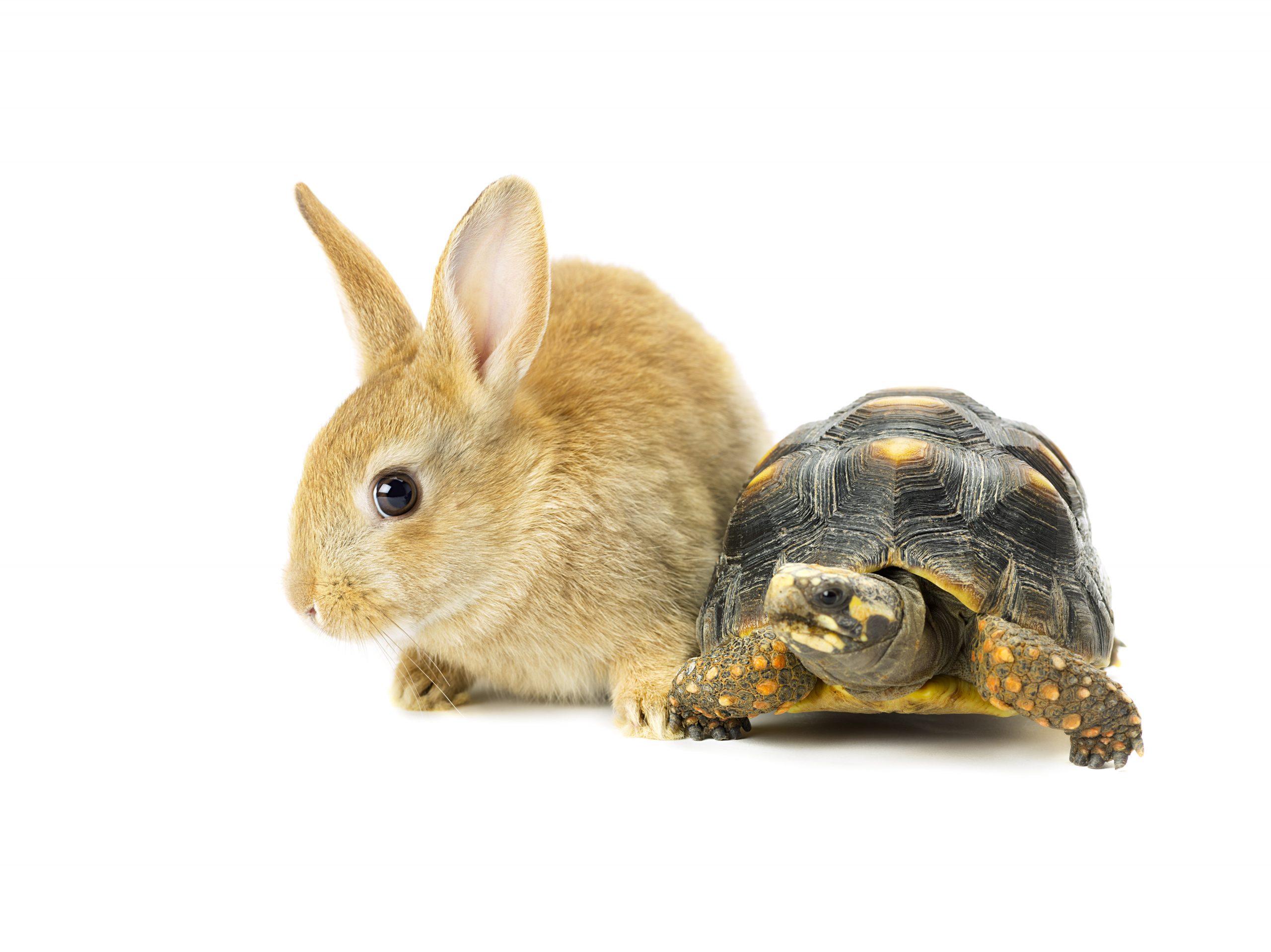 Are You A Tortoise or a Hare?

You know the story about the tortoise and the hare – we all do.

We’ve always accepted the lesson from it. But to me – and quite a few other people I asked – it sounded kind of made up to make the point.

“Yeah, cool story – but in the real world… a real tortoise wouldn’t stand a chance against a real hare!”

But meh… who cares, right? The story is still nice, and the point is still valid. So I still tell it to my grandkids, they will tell it to their kids, and so on.

Turns out, there were a few people who weren’t willing to let it go that easily.

There is a real world race you can watch on Youtube between a tortoise and a hare… and I’ll be darned, but the tortoise actually wins. (Sorry for the spoiler.)

The real life race teaches us an even more important lesson than the fictional one.

In the story, the tortoise won because the hare was sleeping. The tortoise never stopped plowing ahead, so it won the race. So a few things bother me about this, but probably the most important is this. Like…

I get that the point is consistency, but at what expense? Sleep?

In the real world, however, the tortoise didn’t win because the hare slept.

is the difference between the approach they’re taking!

The rabbit gets a massive head start. Obviously. It’s a faster animal.

Problem is it keeps stopping every other second to look around its surroundings.

All the while the tortoise, at a pace that looks slower than the world’s slowest snail when you catch it in a particularly sleepy mood, plows forward.

No distractions. Barely stops for anything no matter how tempting the background lights and noise are.

Catches the rabbit. Moves past it.

Now, this reminds me a lot of businesses (and marketers).

You’re either a tortoise or a hare!

You see, if you’re a rabbit it doesn’t matter how much raw talent you’ve got.

It’s like having the genes to be an Olympic swimmer, but every time you go to the pool, all you do is look at other people, the lights, or you think about what you’re going to eat after the lesson is over, and so on.

You don’t stand a chance this way.

In business, you’re constantly distracted by every “new thing” that pops up on the radar. Try it for a few weeks, decide that you’re not getting the results you want (which are more often than not completely unreasonable). So you switch to something else.

All you’ll have in a couple of years is a whole ton of money spent on different consultants, tools, etc., much of which goes unused, unfinished projects and…

On the other hand, if the tortoise was a marketer, here’s what it would do.

Focus on the task at hand.

Have enough trust to see it out till the end.

Put in every reasonable effort, consistently, day in, day out, and never lose sight of the goal.

… and the more established entrepreneurs who stick to one thing until they succeed.  Heard a TV commercial for a lawyer with the tagline “mesothelioma is ALL we do.”  Focus!

I can’t tell you how many people I’ve met who aren’t all that talented but still run circles around people who are much more creative, smarter, and more perceptive… simply because they know to stick to one thing until it works or they can, with certainty, say that it doesn’t work.

Think about your situation.

What would be the one thing that you need to focus on before anything else? What would happen if you dedicated 80% of your time to it until you made it work, and then focused on the next most important thing, and then the next, and so on?

Now, I’m not suggesting you drop everything else in your life to master, I don’t know, building an email follow-up system. But let’s say you have 3 hours every day to work on your business. That’s 180 minutes. What if you spent 80% of it (144 minutes) JUST on building the follow-up system (as an example); until you absolutely nailed it – and everything else had the remaining 36 minutes, no more?

That’s how you win races. Focus, not speed.

Now, over time, speed will become more important so you’ll need both… but from what I know, speed only becomes the issue when you want to grow a business from 7 figures to 8.  Does that put everything into perspective, Mr. Hare?